I am pleased to address the entire maritime subsector and the Honduran people in general with the sense of duty fulfilled during the two years of my administration, which has achieved enormous achievements that had not been raised nor reached for more than 20 years Within the framework of our responsibilities as Flag State, Port State and Coastal State.

It should be noted in this context that, based on the public policies of the President of the Republic, lawyer Juan Orlando Hernández Alvarado, during the years 2015 and 2016, a reengineering was carried out in this noble entity, in order to shape the talent Human team as a solid, capable and results-oriented team, which has allowed us to achieve the advances described below.

There is no doubt that the most significant achievement during this process has been the generation of a process of reforms of the Organic Law of the National Merchant Marine (Legislative Decree 120-2016, of December 17, 2016), which entails the possibility To establish representations as Flag State in different parts of the world and the ability to have levels of competitiveness with the other countries of Open Registry, by having flexible tariffs when negotiating the registration of the fleets of ships. Both situations have been the factors that for 20 years have not allowed Honduras to have a First Order Registry as it once did. With this reform, we expect during this 2017 to inaugurate the New Five Star Registry of Honduras, to fulfill our primary mission to generate significant revenue for the public treasury, as well as locate our country in the context of a country of logistics services.

Another fundamental factor in this management is the ratification and implementation of the most important Conventions for the safety of life at sea, safety of navigation and protection of the marine environment, issued by the International Maritime Organization (IMO) , Which through its regulation and implementation will allow us to position ourselves as a responsible and competitive country in the concert of maritime nations par excellence.

The implementation of a Single Window for Foreign Maritime Trade, which facilitates the procedures for the arrival of ships to Honduran ports and which is composed of the five entities involved in the process of visiting ships, is an important achievement that allows us To be at the forefront worldwide in this type of maritime management. The 90% remodeling of the Port Captaincies, the implementation of a process of registration of Minor Vessels throughout the country, the Training and Licensing of 85% of Seafarers and Divers that fish in the fishing fleets in national waters and, the Regulation of fishing fleet activity are other achievements in this administration with a very clear vision of the maritime sub-sector in terms of Protection of Human Life at Sea and Protection of our marine ecosystem.

In coordination with the Honduran Naval Force and the other justice operators, we have managed to implement different processes to combat Organized Crime, so that now our country is no longer among the first 5 destination countries of drug trafficking by sea.

Within the framework of the Protection of the Marine Environment and Coastlines, the General Directorate of the Merchant Marine has led a very praiseworthy process of cleaning beaches, as a result of the enormous pollution of the Atlantic coast, from the Motagua River Bar (Border with Guatemala) To El Faro beach in Puerto Cortés. In these 39 kilometers of Litoral we have managed to collect 2,000 tons of garbage of all types during 2016, contributing in this way to some extent to the ecological disaster produced by the irresponsibility of certain sectors of our neighboring country.

Finally, it is worth highlighting the signing of a framework agreement with the Federation of Caribbean Cruises (FCCA) and the Government of the Republic, through which this maritime administration will lead a process of training seafarers with knowledge in work for servers , Chefs, bartenders, hostesses, maids, electricians, plumbers, etc., in order to be hired on cruise liners as part of the 20/20 Program for the generation of employment at the national level.

It has been 2 years of ordering the house, now during 2017 becomes the implementation of everything raised. In this sense, it is important to emphasize that the importance of these processes is the consistency and perseverance to reach those objectives. We are sure that with the plans underway, we will be able to contribute with the vision of the Government of the Republic in the positioning of Honduras as a country of logistics services due to its excellent geographical position and, in a strong component oriented to the tax collection with the Modernization of our new Open Registry of Vessels. 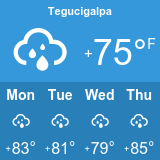